What exercise can we do in lockdown? Gyms and swimming pools are shut, group exercise is out… I’d like to make a case for running.

I’ve been running for about eight or nine years now. I started running after starting a new job and getting roped into joining the work running group. We were training for a 5k at the time. This was really difficult for me, as while I hadn’t been diagnosed with MS at the time, I have joint hypermobility and I’m very injury-prone. So from personal experience I can say: start slow, build gradually and don’t neglect core strength!

Since that first 5k I’ve had numerous setbacks – not least being diagnosed with MS – but I’ve managed to complete lots of races, including the London Marathon (which I ran with double vision!), and several ultramarathons. An ultramarathon is any race longer than marathon distance. I really love running on the trails – although I’m more likely to trip, the landing is also likely to be softer, and I love getting off the beaten track and being in nature. In 2018 I ran the Great North Run to raise money for Shift.ms. I also qualified as a UK Athletics Leader in Running Fitness and I lead groups of women in a 0-5k course as well as group runs for GoodGym.

Running has really helped me deal with life in general. My dad died around the time I was getting my first MS symptoms, so it was a stressful time all round. But getting out for a run every day helped clear my head and deal with my grief. I’ve also found a great running community – runners are really generous of spirit and always happy to lend a hand. Parkrun is a global community of runners who gather to run a free timed 5k in their local park on a Saturday morning. I’ve made great friends there by regularly running and volunteering. There is even a Facebook community – parkrun for people with multiple sclerosis. Due to the pandemic all parkrun events are on hold, but it will return.

Obviously running is not for everyone, particularly at this time if you are in the “shielding” category (though see below for some indoor fitness suggestions). If you are a wheelchair user, don’t rule it out though – there are some very keen “parkrollers” in the parkrun Facebook group.

If you are keen to give running (or rolling) a go, I really recommend the Couch to 5k programme. You won’t be able to do it in a group at the moment but the free One You Couch to 5k app is available from Google Play or iTunes. There are a range of celebrity “trainers” to choose from – Sarah Millican is particularly encouraging. If you find it hard, slow down! It’s also perfectly ok to repeat a week and take as much time as you need to complete the programme.

At this time of social distancing, I would recommend getting up early if you want to run in a local park. If you’re not a morning person, you could run in back streets rather than parks or main roads. Try running without music – this goes for those regular runners among you too. It’s easier to pay attention to your surroundings if you are not listening to music. If you must listen to music try bone conducting headphones so you can still hear what’s going on around you

If you are ramping up the distance or intensity, don’t neglect strength work. If you’re stronger, it will make running easier and help prevent injury. Find an online yoga or Pilates class you enjoy – I particularly like Yoga with Adriene. For MS-specific workouts try The MS Gym or UK-based trainer Dom Thorpe. If you get heat-related symptoms, go easy on yourself especially as the weather warms up – again, repeat a week or two of the couch to 5k programme if you need to.

Remember it’s all making you stronger! Sometimes running might look more like two steps forward, one step back than a linear progression. That’s all ok, and it makes reaching your goal that much sweeter knowing what you’ve overcome to get there!

Sarah grew up in New Zealand but moved to the UK in 2007. MS is not her first chronic condition – she believes a lifetime of dealing with joint hypermobility set her up well for dealing with her eventual MS diagnosis in 2017. She works full time in local government and in her spare time she enjoys leading running groups, volunteering, trail running, yoga, pilates and cooking. 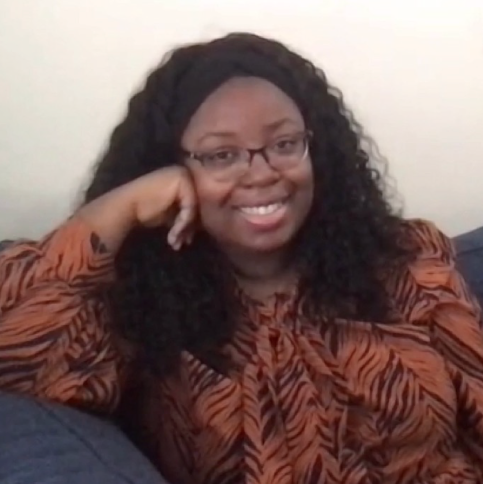 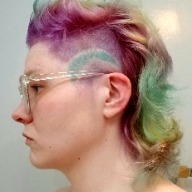 Zoe | Tomorrow to me. 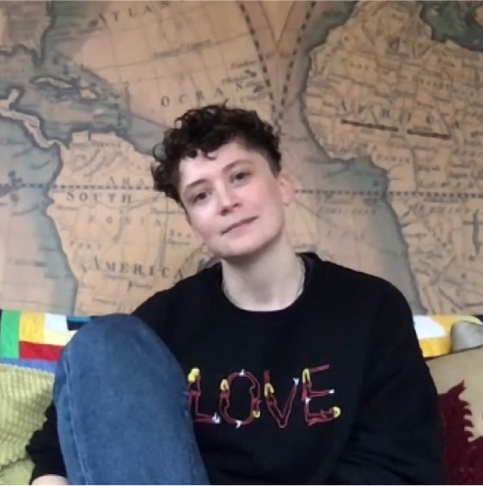