Loneliness.  The feeling of being alone.  I felt pretty alone at 4am this morning as I lay in the darkness willing the waves of dizziness to stop crashing over me, and again this afternoon when I couldn’t focus on the multitude of messages pinging up on group chats.  Most of you reading this will have experienced loneliness and isolation at some point, particularly if you have MS.  According to a 2020 report by the charity MS-UK, 70% of respondents reported currently or previously experiencing loneliness, and 72% said the same of isolation (defined as “a lack of social contact or support”.)  So why do so many of us feel so alone?

In the twelve years since my diagnosis I’ve experienced first-hand the sense of isolation that often comes alongside a life with MS.  I’ve watched as the world seemed to pass me by, I’ve felt it move forwards and leave me behind.  I felt it in my third failed university attempt (cheers cog fog!) as I watched my friends graduate, and in my struggle to work full-time (looking at you now, fatigue) as they embarked on careers.  And while I have since carved out my own version of a fulfilling life, a plethora of MS related factors can still make me feel like one of life’s spectators, rather than participant, watching on my own from the other side of the glass.

This is a relatively new one to me, having made the decision to leave my job last year at the ripe old age of 27; a decision that many people living with MS make.  Alongside the obvious isolating factors that leaving the world of work can entail; financial loss, lack of social interaction with co-workers, etc, I’ve noticed a much more subtle social exclusion start to appear: people no longer seem to know what to talk to me about.  I don’t work, so therefore I must have nothing to offer conversation.  The onus is very much on me to present myself as a multifaceted human being, with an identity and interests beyond employment, to avoid merely being labelled as the “unemployed sick person”.  It adds another layer of exhaustion onto socialising, and another level of difficulty onto meeting new people.

It seems like almost overnight (but also gradually over a few years, in hindsight) my body has decided it can’t do everything it used to do; sometimes it moves differently, slower, sometimes it fails me in ways that are new, and somebody somewhere has decided to increase the volume on symptoms I’ve lived with for a long time.  I can feel that something has shifted, even just ever so slightly.  I thought that after twelve years it wouldn’t take me by surprise but instead I find myself once again feeling isolated and alone, with just the slightest hint of panic.

One of the most isolating things about progression, particularly when it’s still largely ‘invisible’, is that people expect you to be able to do everything you’ve always done; you still expect yourself to do everything you’ve always done.  With loss of ability comes loss of self-esteem, and a change in how you view yourself, and that is a lonely place to be.

MS is a largely invisible condition, and not being able to see something can make it harder for others to understand and empathise with.  People might get frustrated at you for repeatedly bailing on plans, or think you’re being rude because you keep zoning out of conversations (an isolating experience in itself.)  Let’s call this “primary loneliness”: when people simply stop inviting you or reaching out.  The obvious solution to this particular obstacle might be to simply, well, tell people.

Oh if only it were so easy.

It can be difficult to explain something that you barely even understand yourself, nigh on impossible to open up about how you’re feeling when MS is so much more complex than most people realise.  But without awareness, dealing with the fluctuating uncertainty of symptoms becomes anxiety-inducing, and contending with issues like brain fog or bladder frequency in social situations can prove awkward and embarrassing.  It sometimes feels easier just to hide yourself away.

I know myself that I shy away from sharing too much about the invisible symptoms I live with because I don’t want sweeping assumptions to be made about my entire existence.  I don’t need pity any more than I need empty reassurances. But standing in a room full of people, desperate for a seat as my legs burn and ache, surreptitiously (I hope) performing a low-key neurological self-assessment consisting of winking, pinching and fist-tightening, laughing too late at someone’s joke as fatigue takes the wheel, and realising I need to pee yet again while no one around me has any idea – that can feel absurdly isolating.

And as if that wasn’t enough, the stigma attached to chronic illness reads something like “weakness” ,“pitiable”, and “lazy”, meaning complete transparency can feel like an admission of personal failings.  It can be less embarrassing just to push through, or push away.  Keep people out.  Build walls around our ‘worst’, while allowing only the briefest glimpse of the more … palatable elements.

As a result there’s a lot of “it is what it is, just get on with it” in the ‘MS community’ – from myself included – a lot of not wanting to ‘burden’ others, a lot of strength; perhaps to a fault.  ‘Stoicism’ is the word that springs to mind.

Let’s call this “secondary loneliness”: willing people to understand, but not even knowing where to begin.  There is something wholly alien and unfathomable about progressive, neurological illness that it almost doesn’t feel worth trying to explain.  I think that’s probably the most difficult kind of loneliness.

So there you have it; a non-exhaustive summary of my thoughts on loneliness and MS.  I haven’t even touched on the physical isolation that lack of access brings, the quiet chipping away of confidence, or the uniquely difficult impact of chronic fatigue (they could fill entire posts by themselves), but I would like to leave you with a few final thoughts.

I don’t think I have ever admitted to feeling lonely before.  Loneliness is the burden of the elderly.  Young and lonely?  Well there must be something fundamentally unlikeable about me.  Most people are diagnosed with MS in their 20s, 30s, and 40s - 1 in 5 of us are diagnosed before the age of 30 – a time in our lives that is supposed to be full of vitality, adventure, socialising, and making connections.  To feel lonely at my age?  There is something shameful about that.

But for something to change, we need to begin by talking about it.

So what can be done to challenge the loneliness and isolation experienced by so many of us with MS?

I’m Evie; a city-dwelling, nature-loving writer based in Scotland. Tea drinking, book reading, nap taking extraordinaire. I write about a happy life with multiple sclerosis, and mental wellbeing on my blog: evie-writes.com. Find me on Instagram (@eviemldrm) and Twitter (@eviewrites_blog) and let’s chat. 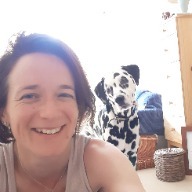